“Cogito ergo sum”
(I think therefore I am)
– René Descartes

Humans are superior if not unique compared to other animals in our ability to imagine. We use our imagination to survive as a species and derive primal pleasure from building on our imagination. A century old toy company called LEGO re-invented itself in 1947. Instead of creating readymade toys they started creating bricks that children could use to build their own toys. When asked about how big the idea could be their CEO said “imagination is the limit”. I feel the same way about HyperTrack. We are only limited by the imagination of developers building location features with our building blocks. In that sense we are not the Twilio or Stripe for location we are the LEGO for location.

LEGO founder Ole Kirk Christiansen of Denmark was dealing with the demise of his carpentry business followed by the demise of his wife. In a time of adversity he found expression in building wooden toys out of his workshop for his four sons. He saw the joy it brought to his sons and wanted to spread the joy to other kids. At the age of 12 his son Godtfred assisted him in converting that to a business. To counter the seasonality of toy sales a few decades later he pivoted the product to be building blocks for toys. This resulted in the LEGO that we know and love today.

Build what you can imagine

My five year old son is a fan of LEGO. He loves nothing more than to spend an afternoon building vehicles buildings and scenes of an urban township. The joy of building something relatable with his own hands leads to continuous learning. It eggs him on to build the next more complex thing all over again starting with one brick. As I watch him build it reminds me of the pure joy that humans feel in using their imagination to build something that inspires them. It reminds me of my deep rooted passion to be a tech entrepreneur building solutions to relatable problems using technology bricks.

This came up during the three-hour brand sprint conducted by our design lead Vibhas Jain. In part 2 of the sprint (What How Why by Simon Sinek) I shared my insatiable need to build what I can imagine and how that multiplies my joy when HyperTrack helps developers build anything they can imagine with location. This inspired my colleagues and they were able to relate to it through their own Why about building HyperTrack. Over the next few minutes we built on the idea to articulate our Why. As you would expect from a room full of geeks we came up with an infinite loop with implied recursion—Imagine. Build. Repeat. Our What came out to be building blocks for location features and How was reliable accurate locations with near-zero battery offered through building blocks that make them useful and beautiful. After the exercise we looked up the Why for LEGO and it brought a smile to our faces to read “inspire and develop the builders of tomorrow”.

Put the idea to action

Here are some conversations we have had at the company where we drew inspiration from LEGO.

What if I gave you a loose set of LEGO bricks and a picture of what you can build with it. Would you be able to build without an instructional manual or numbered bags? We might have all the parts for the developer to build their location feature but it is useless without good documentation. Docs cannot be an after thought to our code. They are an integral part of it. If a step-by-step instruction manual can help an average 14-year old build Taj Mahal with 5922 pieces then it should be exponentially easier for a 25-year old to build an order tracking experience with 10. Their inability to do so is our failure not theirs.

It is frustrating to watch developers use our building blocks in unintended ways. This results in the product not working as expected and a waste of valuable developer time. This often leads to our developers rationalizing that as the customer being dumb. Is LEGO built for the smart kid? No. Does a kid who uses LEGO become smart because of using it? Perhaps! It would be suicidal for us to judge our customer’s smarts to defend our laziness. As the famous memo from LEGO said: “It’s imagination that counts. Not skill.” Although the memo focuses on our hidden biases around gender there are hidden biases amongst developers around relative smarts.

When Godtfred told his dad how he saved money on the toys by skipping a coat of lacquer Ole made him unpack all toys and correct the mistake. Godtfred took his father’s eye for quality and detail to heart and lived by those values beyond his father’s death. When kids complained about LEGO bricks falling apart he improved the clutch power of the tubes inside the bricks. This applied to every brick that LEGO has made since about 400 billion bricks since 1958. Developers are betting on our building blocks as a core infrastructure component in their stack. Our customers do not congratulate us for our eye for quality and detail they expect it!

In Danish leg godt means playing well. LEGO’s name draws inspiration from the outcome of making it fun for kids. The idea of strengthening imagination and creativity was an extension to the core idea of playing well. Our brand sprint revealed our bias for being a playful young and innovative brand with a hint of rebellion. Playfulness is an essential ingredient for expanding the imagination of developers building with HyperTrack. It is essential for developers to be able to have fun with our bricks and build quirky things that are fun. It blew my mind to watch this video of the LEGO mosaic maker that could generate a box of bricks and instructions to construct your own face with LEGO. The community is the product.

HyperTrack exists to fulfill the world’s imagination about location. Join the movement. 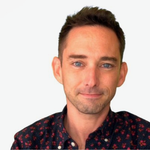