Xpheno is a three-year-old recruitment and staffing solutions company that began using HyperTrack earlier this year. We had questions for Xpheno’s Prasadh M S about changing a slow-moving industry, building with the HyperTrack platform, and faces. 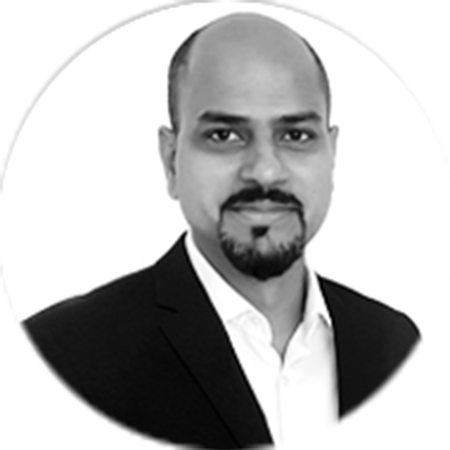 What’s new in recruitment and staffing?

If a recruiter dozed off at his or her desk about a decade and a half back and woke up today, they would find nothing’s changed. Tools have come, but the whole sophistication hasn’t changed.

A lot of us are from the HR staffing and recruitment industry with 15 to 20 years of personal experience, and we’ve seen a lot of things that are broken. Xpheno ventured to change the whole sophistication of the experience.

We always focused on improving the candidate experience and the client experience, but there is a third part to the equation—the recruiter. We put all three together with a collective experience enhancement. While servicing a client, you also manage the candidates who are your talent, and the recruiters who are in between should also feel the sophistication.

Xpheno ventured to change the whole sophistication of the experience

Staffing is a fairly linear industry. Let’s say an average recruiter closes 1.5 to two specialist placements per month, and they get a standing ovation. That’s how the industry has worked, but we believe that’s not going to fly anymore. You’ve got to improve the systems overall and increase the efficiency of the tools to enable a recruiter to go into a 2× or, if possible, 2.5× multiplier on their productivity level.

That also means last line automation, which is where the field force automation comes into play—we have 1,000 people on the ground today who we don’t even see face to face. We possibly do the entire thing remote. So the tool that you provide for the last line field force needs to be that strong.

How do you use HyperTrack?

We use HyperTrack for payrolling.

Take sales guys whom we deploy for a particular client. They have to, let’s say, cover about 30 outlets in a day, so they travel, and every kilometer that they cover matters, because they get paid for that as part of their wages.

It’s their personal money and device that they’re using, so it’s important to get back every penny that they put into their drives. Every penny counts to the staffer. Allowing them to raise claims on the actual kilometers traveled and reimbursing them on time is a very important aspect of the business model.

We’ve developed our own app for the contractor that includes attendance management, pre-mapped outlets of their routes, all the way up to even doing learning management for them and their own KPIs, performance management, all that—and a very essential part of this is the on-field tracking of every employee. What time did they come in, where did they go? How long have they been on the ground? Were they stationed at an outlet for the minimum required duration?

How did you choose HyperTrack?

We tried out a few things. We worked with a few vendors in the past who have field force management, but we’re very finicky customers. The app end would be brilliant, but not the reporting end, or we’d put BI into the data that we gathered and the data wasn’t matching up. You’d either have a brilliant front end or a good back end administration but not both.

So that pushed us to develop our own app…

So, when we set out to engineer our own route tracking, it was great from a drawing board perspective. I think the pinch began when we started to program it. We started exposing ourselves to more devices and more blind spots.

We had the development team sitting here in Bangalore, and Bangalore’s pretty much well-covered both GPS-wise as well as in data coverage, but when we spread it to a larger audience, the actual crowd on the field, it started to break, because people went out into towns where network coverage is bad.

The efficacy of the tool was breaking. They would not get the readings in time, or we would get the wrong readings from the devices. It became a credibility issue.

That’s when we hit on HyperTrack.

I think it was in a moment of accidental discovery. That’s one marketing input to you, that finding HyperTrack was extremely accidental to me. It possibly wasn’t showing up in the SEO in the way that I would have preferred it to be.

You’ve been planted by our SEO guys to tell me how badly we need more improvements. Collect your commission!

I guess I found out your... was it a case study? One of your customers. Is there a case study section on your website?

One of the things that I have learned in my career is to not solve a problem, but solve a whole class of problems. And we could see that the SDK that HyperTrack was offering was a solution to a whole class of issues.

What we learned from trying to build our own home-grown algorithm versus being able to plug in the SDK—we realized that we don’t have to sweat devices’ not communicating, or not having visibility to data, or not understanding why a particular device isn’t coming up.

The developer response was just amazing

It really is a lot of energy. Our developers had been busy tackling issues with the technology, rather than enhancing it or providing the data analytics that we could do. We said, “Okay, we’re going to give this a shot,” and we built it.

The developer response was just amazing, because they’d seen the pain of giving birth, so I think this time, it was much easier to adopt.

Describe the experience of developing and deploying on HyperTrack.

We took a few weeks to figure out the documentation, the right way to put it together and all of that, and then we pushed it to a test base of about 30 people and the response was brilliant. When HyperTrack happened, we could see improved data and improved stability overnight.

Our staffers could see where they are, and we could tell them that, “Okay, hey. I know this is exactly where you are. Those are your kilometers for the day.” That gave the assurance to the end user, and they’re a very dollar-sensitive workforce. Every 100 meters counts for them, because that’s money that gets translated as reimbursement.

Initially we invited them to keep a Google timeline in parallel, just as a backup—they could raise a claim using the screenshot of Google’s timeline…—and they were quite happy that in some cases our precision actually meant more reimbursement. A Google timeline would show a less precise route than what they traveled, whereas we were able to show them the specific lanes that they took.

We could see improved data and improved stability overnight

That’s the first experience. That’s the level one experience that we were riding on. The whole confidence shot up with the first few releases.

Every dollar that we pay out to the contractor, we invoice it on to the client. We are very close to invoicing the right amount payable. In that way, it did not just make things easy from a development perspective, but it made things easy also from an administrative perspective. The commercial, or financial aspect of the equation is getting comfortable.

HyperTrack was a great find for us.

Talk about the problems HyperTrack solves.

The technical class of problems is one whole set related to identifying idle time, movement, trip management, distance displacement management—the whole class of those worries were taken care of.

But the user end of the worry, which is related to behavior management, is the second class that gets solved with the data. We are able to tell the user specifics of behavior which broke their trip for the day.

The whole class of those worries were taken care of

Our user actually has hands off-trip management. They don’t come to the app at any time in the day until they check out, and the device is expected to manage its own intelligence of when the person moves and when they stall. But for one example, traffic holdups used to get marked as a stationary spot for us.

Identifying the background of a stall, whether it should be captured as idle time or time still in transit, used to be difficult because the information was fairly limited. We were not able to understand behaviors which cause an impact on the tracking like disabling location service, or rebooting, or low battery.

We love HyperTrack’s access to the device information: about whether they’re running on low battery, or have gone into a GPS black spot, or whether there was a device restart. A lot of visibility into the user behavior, which has an impact on claim management, suddenly opened up to us.

Someone is pretty much available for us to talk to on a daily basis.

That was a class of problems solved by itself. We are not worried about telling the user why something didn’t work, or why there is a blip in their reading for the day. A lot of these things used to come and sit as support issues but now they’re able to see it on their own app. The data trail that we get in HyperTrack helps us deal.

What else would you like to be able to do with HyperTrack data?

Of course, QuickBooks is a brilliant connection. It helps deal with a lot of other invoicing related aspects.

We have a mix of both third-party as well as homegrown tools, and with any integration, you try not to build a monster out of the analytics side of your data. But if there’s an integration which connects to a BI tool, that would help us do some of the analytic pieces.

I haven’t heard you name any scary old ERP systems…

I don’t think that world exists anymore, Jon. We’ve all made our own peace with it. People burned their fingers, and the pains taught us not to go that way. We take data into our own core app for the analysis part, but I think going the ERP way… I don’t believe in that journey.

Do you have advice for someone starting a project with HyperTrack?

Someone is pretty much available for us to talk to on a daily basis. There are inevitable rough edges which need to be smoothed out, but the tech team is working on it.

I don’t know how scalable it is for you guys to be available for us in conversations like these, but I think that’s a huge differentiator: the ability to speak to someone with a face. “I actually have this problem, Kashyap, and this is what you need to do,” and have people from your side who are looking into our code. “I guess you’ve called the wrong API here,” or, “you used the wrong method here.” It’s great.

The staffing industry has become so anonymized and faceless that after you pass the mandate to a service provider, you actually don’t see their face. We tell the customer, “if you have an issue, we’re going to be right in front of you the next moment.” The large companies just can’t do that because the world can’t promise that there will be a face to talk to. It makes a huge difference.

I think that’s where products and services succeed.

HyperTrack makes it easy for teams to build apps for on-demand use cases. By unbundling core logistics technology through SDKs, APIs, webhooks and embed views HyperTrack gives developers the power to go to market quickly and scale in a predictable manner.
Jared McGriff
3 min read
HyperTrack provides the most comprehensive suite of logistics APIs, SDKs, and webhooks for the full lifecycle of order fulfillment.
Jared McGriff
8 min read