This is part one of a ten part series about building movement-aware applications.

This article is focused on Android and iOS when talking about the evolution from location to movement because they represent 99.7% market share at the time of writing this article.

App development, as we know it today, began with the general release of these two Operating Systems to developers in 2008. At first, a few hundred apps were published on the platforms at the time of release. At the start of 2018, there are 5 million apps for users to choose from.

Location-based services were made available to developers from the first release. Device sensors and OS APIs have evolved by leaps and bounds since then, along with the collective imagination of developers.

Apple's iOS and Google's Android do a great job of generating location and activity data for developers to consume. However, developers are left to do a lot more to generate, manage and consume this data to build product experiences with movement of app users. Let's take a deeper look.

In the thick of the 2008 financial crisis that led to a global recession, a new world order was born with Apple and Google releasing Operating Systems for developers to build apps on.

The App Store was born on 10 July 2008. iOS 2.0 released the next day along with iPhone 3G. Developers had basic access to device location from the day they started developing apps for iPhones.

A few months later, on 23 Sep 2008, Android 1.0 was released to developers. API Level 1 gave developers basic access to device location from the day they started developing apps for Android devices.

The top paragraph in the iOS note says "Location Services allows Apple and third-party apps and websites to gather and use information based on the current location of your iPhone or Apple Watch to provide a variety of location-based services. For example, an app might use your location data and location search query to help you find nearby coffee shops or theaters, or your device may set its time zone automatically based on current location."

This paragraph refers to use cases that use location at a point-in-time, such as when you perform a local search or when you switch your device on.

When you scroll further down the screen, you will see new additions that Apple has made over the last few releases. These include Traffic, Popular Near Me, Significant Locations, Location-Based Apple Ads, Location-Based Suggestions, Location-Based Alerts, Share My Location and HomeKit. These are services offered by Apple using information about user movement sent by the device in "an anonymous and encrypted form to Apple".

Apple's description of the feature says: "Your iPhone will keep track of places you have recently been, as well as how often and when you visited them, in order to learn places that are significant to you. This data is transmitted end-to-end encrypted between your iCloud connected devices and will not be shared without your consent. It will be used to provide you with personalized services, such as predictive traffic routing, and to build better Photos Memories."

APIs offered by iOS to developers

The centerpiece of Core Location services is CLLocationManager. This is "the object that you use to start and stop the delivery of location-related events to your app".

The most common use of CLLocationManager is to subscribe to changes in user's location by specifying distance or time thresholds.

The Core Motion services "process acceleromoter, gyroscope, pedometer and environment-related events." CMMotionActivityManager, which tells us if the user is walking, running, driving or stationary, was introduced with iOS 7 in 2013. The iPhone 5s, launched with iOS 7, packed the powerful M7 Motion Coprocessor that reduced power consumption while acting as the sensor hub for the accelerometer, gyroscope and compass. Cycling activity was added later with iOS 8 in 2014.

CMMotionManager made raw accelerometer data available to developers with iOS 4 in 2010. Gyroscope and magnetometer were added with iOS 5 in 2011.

Apple brought motion manager closer to silicon through the M-series motion coprocessor. This way, iOS does not need to invoke CPU for collecting movement data and makes it possible to collect ambient motion data with minimal battery impact. As is evident by the first time you set up your Health app, iOS maintains historic count of steps and walking/running distances in persistent memory while Android purges the data at restart.

CMMotionActivityManager and CMMotionManager were primarily consumed by health and fitness apps in the early days. The user permission on iOS that allows apps to use this data continues to be called "Motion & Fitness". Using Core Motion to improve Core Location beyond fitness use cases is a recent phenomenon.

Observations about movement services by iOS

Some observations before we move on to the next section:

Take a look at this screen recording on Android Oreo for: Settings => Security & Location => Location (under Privacy) => Help

Like in iOS, Location is under Privacy. The popular Help docs that talk about location are Manage location settings for apps, Turn location on or off for your device, and Manage or delete your Location History.

The top paragraph in the Android Help note for Manage location settings for apps says "You can let your apps use your Android device's location to do things for you or give you information. For example, apps can use your device's location to check in, see commute traffic, or find nearby restaurants".

Like in iOS, the use cases refer to point-in-time features such as local search when talking about other apps using location. More sophisticated movement features remain private to Android and Google. Let's take a closer look at the latter.

For parity with Significant Locations on iOS, let's take a closer look at one of these features, Google Location History. Here is a screen recording of the feature on Android Oreo. The OS has a button called Manage Timeline that hands off to the Google Maps app.

You need to go to the Your timeline view in the hamburger menu of Google Maps to see the places where the device user has been and activity segments that indicate the type of movement between these places. All of this data is organized in a chronological order, or timeline, through the day.

Android does not provide direct access to this data through its location APIs. However, it provides lower level primitives with which developers can construct this data with significant effort.

APIs offered by Android to developers

Android organizes most movement related APIs under LocationServices, "the main entry point for location services integration." Some APIs are available under android.hardware.

FusedLocationProviderClient is the "main entry point for interacting with the fused location provider."

Like in iOS, the most common use of FusedLocationProviderClient is to subscribe to changes in user's location by specifying distance or time thresholds.

Android added Geofencing to LocationServices with Android 4.3 (Jelly Bean) in 2013. Location permissions in Android have remained ACCESS_COARSE_LOCATION and ACCESS_FINE_LOCATION since API Level 1, and there is no direct equivalent to when-in-use and always authorizations in iOS.

ActivityRecognitionClient is the "main entry point for interacting with the activity recognition." requestActivityUpdates, which tells us if the user is walking, running, driving, cycling or stationary, was introduced with Android 4.3 (Jelly Bean) in 2013.

Observations about movement services by Android

Some observations before we move on to the next section:

As we saw in the previous section, the OS APIs offered to developers are significantly restricted in comparison with movement features built by the OS for its own device users.

This is because movement features require a non-trivial device-to-cloud stack to bring these features to life. Offering cloud-based services to developers is not a prerogative for the OS.

Beyond a point, the cloud is necessary to manage accuracy, real-timeness and battery efficiency.

Beyond a point, the cloud is necessary to put movement data in context of places, roads and traffic information in the world of maps.

The OS is in the business of providing the best possible APIs on the device. The primary considerations for the OS are:

The OS is not in the business of providing the best possible APIs in the cloud. The primary considerations for the developers are:

Apple and Google are the two most valuable companies on earth at the time of writing this article.

Generating the most powerful movement information about its users directly aligns with the respective missions.

Managing and consuming this information in the cloud is important to them for private consumption for various use cases. However, opening the management and consumption of movement data in a use-case ready manner with developers opens a can of worms with regard to user privacy.

Think about it as a device user. You would throw a fit to know that the device OS is selling your information to third-party app developers. It surprised consumers worldwide when they learned that popular apps like Uber and Google Maps were able to track them even after the trip was complete.

In response to the consumer furor,

Developers want to build awesome product experiences with movement data of users of their apps. The OS does a great job of generating this data on the device.

This data is available to developers in a restricted way because:

Developers are on their own to generate, manage and consume movement data. The OS is the starting point for generation.

Consumers expect apps to access location while the app is in use in the foreground. Users have different expectations from work apps. Workforce apps stay in the background most of the time. Business uses high-frequency location for routing orders and order tracking. 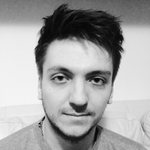 Eugene Tulushev
9 min read
As more apps started using location in the background, and sending this data to servers for use by applications outside the device, Android started setting some rules of the game to manage battery drain and user privacy. The Android platform has evolved significantly with Android 8 and onward. 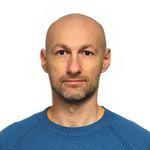